Association: – Cleverness, – cunning. Question: – Where do I trust myself, and where am I distrustful against myself?

Key words: Survival artist, – crafty, – smartly, – mischievously, – pliable, – invisibly if he wants it, – contradictory, – inventiveness. Description: Today the fox, like the coyote and the opossum a survival artist, is to be found even every now and then in the parks of big towns. The call hurries ahead of him, smartly, nail up and to be crafty. In truth the fox simply has the ability to adapt himself so well that he must not allow to see himself if he does not want it. Foxes are night-active or dusk-active animals who go for the person as far as possible from the way. Though they are omnivores, nevertheless, prefer small rodents. The fox possibly also is rather carefully as crafty, because he has learnt to be on the alert in particular for people. General meaning: The crafty and clever aspect of your nature, – the pliable side of your personality, – the survival artists, – deliberate knowledge of your visibility, – knowledge about your inventiveness. Association: »Fox, you have stolen the goose…«, – cunning, – from craftiness. Transcendent meaning: Of him dream is either a lesson in invisibility or one in other spiritual work.

Fox stands for cleverness which is paired with cunning and often for the wrong friend or the crafty craftiness with which one himself would like to achieve with pleasure the aim of his wishes and also sexual inclinations can be meant. Who catches a fox, has itself and his temperament in the power, and one will wear to him so fast nothing. Intelligence and cleverness are awarded the fox, formerly also magic forces. In Japan and China the golden-hairy vixen was valid as a holy animal. The fox with the fire was got in contact by the red colour of his fur. In the Christian Middle Ages against it red-haired women were valid as witches, the fox as a witch’s animal. In the dream this ambiguity from on the one hand holy and, on the other hand, witch’s animal is embodied. The fox stands here as a picture for the Zweischneidigkeit of sexual problems. One must interpret the symbol after the accompanying circumstances individually, for example:

He is valid like other red-haired animals than symbol of the cunning.

The fox means same like the wolf, a violent, robber’s broads, roguish enemy, with the difference that he does not call open attacking enemies, but those who have a go secretly, – mostly he calls the women who are up to bad.

he will put out of action 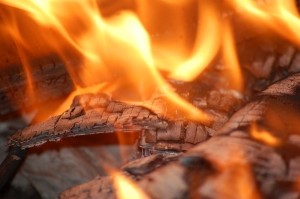