Association: – Protection, – security, – carefree nature. Question: – What does the feeling of the security give to me?

To descend in the dream in a valley, the same one can mean like descending a stair: The dreaming penetrates into an unaware or unknown area of itself. The valley in the dream can also stand for a depressive or passive life phase which just begins or which soon approaches. Valley announces that wishes come true and one has earned afterwards some rest. Sometimes it also appears with depressions.

With the dreams which act in valleys it depends always very much on the feelings of the dreaming and the state of the valley itself. In general this dream symbol points to crises and low of the dreaming. On this occasion, it can turn on his feelings as well as on his thoughts and action manners. If the dreaming is in his dream in a valley, this can point to the protecting, female side of his being and on the fact that he stands with both legs on the earth. If we go in a valley, we wear a relatively quiet distance on our life before ourselves, – however, the valley in the dream also tells that it will be getting better in future soon once again. Only one, narrow valley surrounded by high mountains into which no sunray is able to penetrate is to be evaluated negatively, – it lets suppose even germs or harsh losses. If he comes out of a valley, this points to the fact that he finishes a phase of the inside show to introduce himself again properly in everyday events.

Fears of the death and the death express themselves in the dream, among the rest, in the picture that one goes in to a valley, the valley of the death. 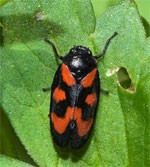 Please describe your dream about Valley. We update and improve our dream symbols based on your feedback.