Association: – Strength, – innocence, – rarity. Question: – In which areas of my life am I ready, strong and softly at the same time to be?

Gorilla is understood in terms of monkey and often states of anxiety play a role. Although he is a peaceful herbivore in reality, he is valid as a symbolic shape for unpredictable sensations and inclination to the power. Who dreams of it, will soon have to argue with this subject, particularly if in the dream events a fight with the gorilla (or the attempt to outwit him) seemed.

The gorilla is a rather unfavorable dream symbol in contrast to the other simian kinds. This can be explained with the fact that he is in natura less intelligently, for it around something more hard and more brutally than other congeners with which one wants to defeat opponent in the awake life or with which one himself should be defeated by them. In films like ‘King-Kong’ he embodies the crude, male power with which a woman is held on. In dreams he appears in similar meaning and is to be compared to the dream symbol of the dragon or the monster. The gorilla is valid as a bugbear which is more horrific, however, than it is in truth. 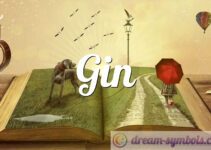 One Response for Gorilla dream symbol

Please describe your dream about Gorilla