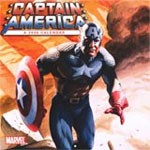 Association: – Ausagieren of a screenplay or a history. Means to dissociate itself from the events. Question: – What is my history? What want I to observe?

If a dream trades of the fact that the dreaming, for example, in the cinema, looks a film, then this is a tip to the fact that he sees an aspect of his past or his character to which he must give more attention than up to now. The dreaming makes the attempt to feel objective. Film can also symbolise the wish for more change and social contacts in a dull, uneventful life. Then the symbolism mostly lies in the fact that one looks at events ‘from the outside’ – or ‘from sure distance’. Though one is interested in it, but not so much that one would also like to ‘join in’ himself. A reason for the reflexion if in the leading role own partner the partner was to be seen: One has lost the real respect with this person and experiences him only more than reserved observer. If the dreaming looks at a film, this is called also that he creates another reality to himself to substitute for his own with it. If the dreaming himself turns a film and does not concern it, besides, around the exercise of his occupation, this is maybe a tip to the need to examine the self-formed realities closer and not to create too many.

At the spiritual level film can be a symbol for the Akasha-chronicle or for the past.

Please describe your dream about Films