An aunt in a dream often appears for some specific reason, especially if it is a person whom the dreamer does not see very often on a daily basis. According to the dream book, a dream about an aunt may be a harbinger of good changes and pleasant situations, and symbolize the upcoming quarrels in the family.

If you want to check the meaning of your dream in a dream book, just after waking up, try to write down as many details as possible that you remember. The figure of aunt, like other people, objects and phenomena that appear in dreams, can have two completely extreme interpretations. That’s why it’s so important to keep track of all the details of your sleep. Dreaming of a dead aunt will have a different meaning than watching her or arguing with her. Check in which type of dreams your aunt appears most often, and also how to correctly interpret dreams.

Dream about aunt – what are the meanings according to the dream book?
Dreams of an aunt usually foreshadow guests who will visit the dreamer soon. If his aunt visits him herself, but she has a gloomy and sad expression on her face, it may mean that a distant relative is ill or that she will soon find out about her health problems. My aunt, who is cheerful and smiling, signals that there will be minor adversities in the dreamer’s life, but she will easily overcome them.

A pregnant aunt who comes to a man in a dream is a sign for him that something unexpected will happen to him. However, if in a dream a pregnant aunt visits a woman, it is probably a warning that within a few weeks someone will accuse the dreamer or criticize something.

A dream in which the uncle and aunt appear as a happy marriage is a signal that something good will happen in the dreamer’s life in the emotional sphere. If he is not in a relationship, he will meet someone soon. People with a partner can expect a proposal, marriage and a successful marriage.

If someone in a dream sees his aunt from a distance and only watches her, it is probably his subconscious fear that he will lose contact with a loved one. It may also suggest that the dreamer’s family has ceased to be a priority and the ties are getting weaker, but at the same time he feels remorse and wants to fix it. Some dream books interpret watching my aunt from the sidelines as a harbinger of rumors, misunderstandings and disappointments.

If the dreamer meets his aunt and begins to argue with her, this can be interpreted as a harbinger of greater family problems or even a scandal. A quarrel with my aunt, in which her uncle also participates, may mean that the dreamer’s love life is not going very well or that she will soon face a divorce case.

An aunt who appears drunk in a dream may be the epitome of alcohol problems in the immediate family.

Dead aunt – what does such a dream mean?
According to most dream books, one should take into account whether the aunt is really dead or whether it is just a dream situation. This is of great importance for the correct interpretation of the dream.

Dreaming of a dead aunt who has been absent for a while usually means that something unpleasant is about to happen in your life. Usually it is a dream that there will be difficulties and problems that will have to be faced. According to some religions, a deceased aunt, appearing alive in a dream, asks for prayer for her soul, because she cannot have peace.

If, on the other hand, there is a living person who is put to death in a dream or reappears as dead at once, do not worry. Dream books do not read such dreams literally. This means that the aunt will enjoy good health for a long time and will live for many more years. A similar dream may also be an announcement of an upcoming pleasant surprise with the participation of my aunt, a nice day and a great mood.

The dream about the deceased aunt should be interpreted also taking into account your feelings during sleep. If a feeling of regret, emptiness and longing did not appear in the dream, it means that everything will be fine – both in your and your relatives’ lives. You should not be afraid of dreams in which deceased family members appear, even if they are not very pleasant and are accompanied by negative emotions. In this case, the dream should be interpreted as a general feeling of loneliness in life, fear of the unknown or fear of the situation in which you are currently. Perhaps the deceased aunt who appears in a dream is something like anxiety personified, and someone who feels sorry for you and watches over you. 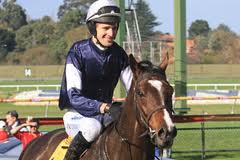 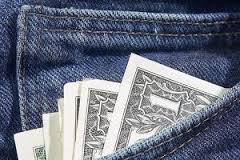 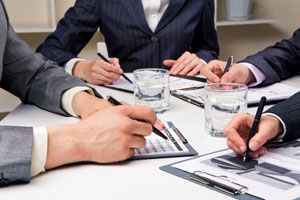 Please describe your dream about Aunt. We update and improve our dream symbols based on your feedback.