This symbol signals that when you are awake you feel inferior to others and that you are pouring out your frustration on those who you think are better than you in some respects.

When you see an arrow in a dream, it portends you some misfortune that will happen to you soon.

When you hold an arrow, it is a sign that you will achieve a goal that you really care about.

If you shot an arrow in a dream, it means that some misfortune will happen to you by your own fault.

If you have been hit by an arrow, it heralds a great catastrophe in life or collapse.

The broken arrow that appears in your dream is a signal from your subconscious mind that you have located your feelings in the wrong person.

What does it mean when you dream about arrow?

The arrow and the hatch are an age-old symbol of war and power. The bow often indicates resilience and life force, the arrow is a symbol of speed, also of rapidly appearing death, and it symbolizes movement. which goes beyond the given limits …,

It also symbolizes the ray of the sun and as a luminous symbol it is also a symbol of the knowledge of good and evil… .., Cupid was often depicted with arrows and a bow and a quiver, throwing arrows of love.

In Hinduism and Buddhism, the syllable “Om” means an arrow that comes from a man, understood as a bow, and through ignorance achieves the true and highest being, on the other hand, Om can also mean the bow from which “I” flies towards the Absolute (Brahma) to connect with him.

Inadvertently aiming a bow arrow at the target is a well-known Japanese meditation technique that aims to free yourself from your own self-centered will….

Shooting someone with a bow and hitting them with an arrow may express a desire to get closer to that person, if you miss the target it means that you have trouble communicating with that person ……,

Hitting someone in the heart means gaining their feelings … ..,

Hitting a poison arrow means you are about to kill or injure that person ……,

If you were hit by an arrow, this is a warning against situations in which you would feel ridiculed … ..,

Stuck into the body, it symbolizes a painful wound that refuses to heal …….

To see an arrow in your dream suggests that there are different methods you should utilize in order to attain your objectives. Arrows can also represent that you are emerging from a difficult period in your life and will soon experience happiness and joy.

To see an old or broken arrow indicates that you may experience pain, anguish, and perhaps the end of an important friendship. It may also represent that you have chosen to follow a different path.

To see a two-headed arrow in your dream suggests that you should review all options before you make a final decision or come to a conclusion.

In the Freudian school of thought, an arrow represents the male phallus and how it enters the vagina. 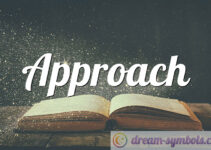 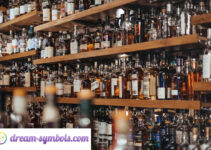 Please describe your dream about Arrow