Association: – Away through internal rooms, – fate test. Question: – Which light shows the way to me?

A tunnel in the dream represents generally the desire of the dreaming to investigate the unconscious and all those things with which he has not got into contact up to now yet. Tunnel is often understood as fear of an uncertain future, – one comes out again, this promises a favorable destiny. Sometimes there stands behind it the recollection of own birth, – then psychotherapy can become necessary to process the natal trauma.

The tunnel is a symbol for the unconscious. Importantly for the dream interpretation it is as the dreaming feels the tunnel whether he is afraid or gets a fright or whether he is protected in the tunnel. Possibly he feels in him also caught. Who enters in a tunnel which frightened also in the dream the sudden darkness, him surrounds – he will go through in the awake life possibly a weakness period which will be soon overcome, however. A tunnel is sometimes looked as a symbol of the natal canal and, hence, stands for the natal process. If a light is at the end of the tunnel, this is called that the dreaming approaches the end of his investigations. If the tunnel is blocked by something, the dreaming possibly becomes from a former experience or from one lived through fear of getting on held.

At the spiritual level the dream symbol tunnel helps the dreaming in the escape from the unconscious as well as in descending in the unknown depths. 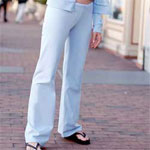