A trumpet stands in the dream mostly for a warning or is to be understood as a request on the action. If the dreaming is just in a conflict situation, he maybe needs a warning signal which calls him for right action.

The trumpet was left of early kings and heavenly hosts. If the dreaming sees blowing an angel in the trumpet in his dream, then he is asked to increase his achievement still. Or, however, the dreaming is warned that he demands of himself too much. Is valid as the demanding male sexual strength. Oddly enough her sound is not often to be heard in the dream what could point to the secrecy in a love relationship.

The clear sound of the trumpet causes fine oscillations which wake up the attention of the dreaming.

On the holy trumpet blow promises their luck which gather with others, and people, the slaves or some members of the family have lost, – then during the war this instrument collects the scattered. The concealed tracks down it because of his sonority. It heaps sick person away, – then the trumpet exists of leg and ore by which the breath escapes without returning again. It releases slaves and everybody which must perform corvées from slavery, – then this instrument is a prerogative of the open air. The bubbles on a sinuous trumpet bring bad luck, – no holy, but a war instrument is announced, and what blows which on it, with his mouth, falls back on his own head. So it also forbids to appear as an accuser against somebody. If one hears blowing somebody on one of these instruments, one will experience excitement. If one looks only one trumpet, one will dedicate himself to groundless fear. 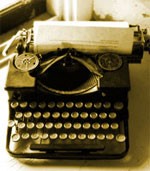