An other interpretation of the ticket – in the form of a document or receipt – points to the fact that the dreaming longs for the recognition of the success which he has achieved in a certain thing.

At the spiritual level the dream of a ticket symbolises the knowledge that all knowledge must be recompensed somehow and manner. 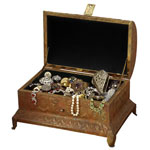