Association: – Spring of light or brightness, – the spiritual awake. Question: – Where in my life I am ready to let shine my light?

Key words: The distant sun, – point of light, – warmth, – guidance, – a mark. Description: Stars are far away heavenly bodies which we perceive at night as small points of light. The stars of the night sky have shown the direction to old cultures and have stated a lot about the people who lived in these cultures. To certain star groups were given names which were connected with legends which made these incomprehensible points of light in the night sky clearer to the person. Some trunks close to the earth speak of the stars as the star nation. Sun Bear has seen in his visions often stars which animated the earth in this time of the changes. General meaning: Your relation to the infinite secret of the universe, – your look at things beyond the earth direct. With the dreams in which stars seem you should always pay attention to their appearance, constellation as well as to all the other signs, because this will support you to understand your dream. Association: Infinity. Transcendent meaning: Guidance in the Überwelt, – a gift of the star nation.

The person has always reached for the stars – in the graphic like direct sense. A dream in which one observes the night sky and plans maybe even interplanet ares or even interstellar trip points out to the fact that one has the ambition to bring it in his area very far. If one dreams of a single bright star and the attempt to reach this or to catch, one probably really pursues the wish ‘to catch’ somebody. Sparkling stars announce luck in the love, cloud-overcast often warn about misfortune and disappointments. If stars of the sky fall down, points after the Indian dream writing ‘Jagaddeva’ to an illness which will soon come to the outbreak.

If a star or star sky appears in the dream, are these pictures for confidence, faith, hope and light. Often it is expressed with the fact that the dreaming reflects on himself. They illuminate the night of the unconscious and release with it the look at the next life aim. Star symbolises in general also the striving for higher sighting and ideals, – the warning can be connected not to reach too ambitiously for the stars. Who sees a starry sky in the vision, to that the stars stand favorable.

The star is signs and bringers of the light.

It dreamt somebody, a star falls down from the sky and another climbs from the earth to the sky. This was it of somebody house slave. On it his man died, – now he was of the faith to be free and without man, however, had to resign itself to the son of his former man whose slave he became compulsive. The falling down star meant the death of his man, which to the sky climbing up, however, his son who should supervise him from now on and command. 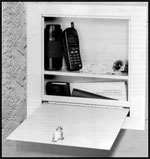