Dreams of ships and boats show how the dreaming masters his own and the feelings of other people. They can also show how the dreaming navigates by his life and whether he has it under control. Ship stands for the personality and her kind to assert itself in the life. Often the wish for change is connected with it which one must consider, however, carefully, – above all the ship in the storm or fog can warn about the dangers of premature changes. If the ship sets or it lies on the dry, this announces a failure of plans because one has not prepared them probably thoroughly enough.

In former times one thought that all things had a soul. Therefore, one saw in the ship a female being which was often shown in the form of a female figurehead. The ship was valid in the Egyptian mythology as the soul ship and, therefore, also as a dead person’s ship. In other myths it stood against it than life ship. This meaning has it also in the dream. The trip in the ship is the symbolised life trip of the dreaming which amounts, nevertheless, rather to an unaware process. The ship in the dream mostly translates our life ship, which on swinging waves the carried personality which starts over and over again to new shores and she never finishes learning. Already the Chinese book of wisdom ‘I Ging’ emphasises the psychic value of a ship trip (in the dream), – it is good ‘to cross the water’. From the dream everybody itself can easily indicate whether the life trip contains a good one or a bad aspect if he pulls up other symbols for the explanation. The smoke (see there) of a steamboat is already often symbolic-laden, also whether the machine (see there) makes full journey ahead or whether she does not further the ship. If the dreaming is only in his dream in a small boat, it is in the time that he gets about that clarity how he handles with isolation and loneliness. If the dream of the stay on a big ship acts, the attention of the dreaming is drawn with it to his use of group relations. If he has missed in the dream his ship, he should take of his perfectionist’s broad claim distance to perceive all chances and opportunities.

At the spiritual level the ship symbolises the setting of the person to the death. The symbol stands for the ‘last trip’, but also for fertility and adventure.

The taxes of a ship bring in general luck if one lands flatly or stings safely in lake, however, it will go off not without strain and fear. If one dreams of being on a ship and on quiet journey, is for each a sign of good premeaning, – however, one gets in a storm, it indicates discords and dangers. If one gets in a storm or suffers wreck, is after my observations quite a bad portent. A wreck with which the ship capsizes or smashes in rock brings all damage, excluded to people who are held on by others by force, and slaves, – this releases it from her Bedrängern, – the ship resembles because the Widerwärtigkeiten by which they are tormented. Always it is better to be in Board of a big ship with firm load because the journey on small ships, even if she proceeds flatly, is connected with all profit, nevertheless, always with a risk. Here still the following tip: To go over the sea and to be on quiet journey is far favorable to navigate as by the interior, – the latter meant, the luck shall be seized dilatorier, more fickly and only hard. It is more disastrous to get through a storm on the sea than one in the country. If one is not able to sail in spite of the best will or one is held back from other by force, the obstacles and delays register in the enterprises, – also it means delays and obstacles if the journey is complicated by the interior by trees or rocks. For everybody it is a good portent, to see move from the country from ships through the sea and sailing with favorable wind, and it is the symbol of a trip…, – it announces travelling the return in the native country, often also news from overseas. Jump-off of ships in lake, the good comes true more slowly, – then the journey begins only, – landing and in the harbour running ships force the luck faster here, – they have achieved the aim of the journey. Harbours and all anchorages always mean friends and benefactors, foothills and bays against it to people whom we estimate of necessity, but not from free pieces and which do not prove good also for their part us from goodwill. Anchors point to the necessary and sure in the shops, however, prevent a trip, – then they are always ejected to give firm hold to the ships. To hawser and all kinds of ropes are symbols of advance, working obligations, contracts and seizure of property. The mast means ship man, the bug the untercoxswain, the goose’s neck (an ornament fastened in the rear.) the upper coxswain, the rigging the sailors and the sail pole the supervisor about the rowers. If any part of a lying at anchor ship is damaged, follows in such a way that the person called thereby dies. If is the ship on journey, it will be packed by an immense storm and just to that ship part an unusual danger threatens. The storm will pull up from the side, from which the fire (flash, St Elmo’s fire?) in the sky it comes up to the ship. I know a shipowner to whom it dreamt, he has lost the protective gods put up on his ship, – he was in big fear and believed, the dream face announces his end, – however, everything went out on the contrary well. He made a lot of money, paid back to the Gläubigern to which the ship was pledged which had from them to taken up advances and with it nobody more who could assert a claim to the ship. Always it is a sign of good premeaning to look the sea in gentle movement and in quiet lapping of the waves, it prophesies shining business success, – calm against it, because of the immobility, shutdown of the shops, a storm excitement and losses, – then he causes them. Everything what surrounds us personally has the same meaning, e.g., a garment, a ship and similar more. It dreamt, e.g., somebody, he has dressed in a garment of wood. He was on a sea voyage and made progress by the ship only slowly, – then the garment of wood was synonymous by the ship.

the ship his welfare and security means

worries and need him will depress

big worries and fears him will torment

the dreaming the construction explains 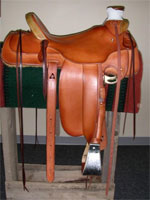