Revolver often warns against wanting to force something in a matter. Now and again he also indicates that one had reached long ago to a result if one had more determination and energy.

It depends on whether his magazine of full cartridges is or whether it is to empty floors what could point to the power and the efficiency of the dreamer. 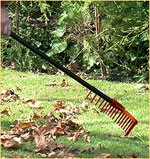