Association: – Work on the strategy, – party seizure, – manipulation. Question: – On whose side do I stand? Where want I to win?

Care, forces hardly to be seen through or dark stand out. The dreaming often does not feel as a match ball of to be controlled energy. One can see in it, however, absolutely also the expression to social engagements with increased craving for administration. If one dreams of a politician, the biggest care is offered. Somebody in your nearness makes wrong or half-true promises to you and would like to ‘cheat’ you at the end, nevertheless, only, because he thinks as a rule first once of his own advantage.

The dream relation can be directed on somebody whom you know and which tries to win authority about you, – or to abuse his position. 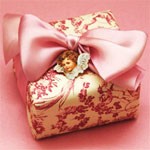