Association: – Work on order or control. Question: – Where in my life I strive according to order or do I fear control?

Police (policeman and policewoman) embodies morality and similar norms as well as own conscience which watches over their observance. The following accompanying circumstances help in the interpretation:

The policeman is valid as a conflict sign which advises a conversion of the lifestyle. His appearance in the dream lets assume that in our external and internal action something unseemly is in the play. But the dream policeman is to be seen also positive: He shows the right way to us, indicates what is forbidden and what is permitted, – we must be directed only in the awake life afterwards. Apart from the fact that a man can also dream because of a bad conscience of the police if the police has appeared to him in the dream not friend and assistant, but in reminding or peremptory function, has to mean hardly more, as that the dreamer feels in the everyday life restricted. Maybe the partner left the reins looser, or he should check whether he is contented with his present life and has resigned not simply.

A policeman in man’s dreams symbolises the father. 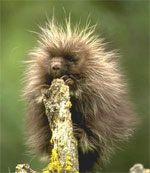