The office can point out to the fact that one is strongly hindered by too many duties in the free life creation and selfdevelopment, – therefore, one should try to encumber himself with less offices. If one claims an office, one wants to get out in the awake life too high, however, should remain rather on the ground of the fact and not attach zuviele hopes to future plans. Who visits an office, something wants to reach, confirmed agree etc. – translates into the Symbolsprache of the dream: One would like to fix something, make to the outside recognizable. Maybe one has an ambitious plan and has feared not to put through him. Or one would like to ‘secure’ a respect (and with it also own valency as a partner) ostentatiously, while one dreams of the registry office. (What is dreamt, by the way, in conflict situations and with great fear of separation and deprivation of love far from more frequent, as if really a partnership are confirmed ‘officially’ has to go.) 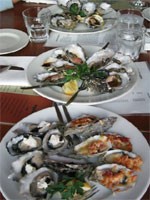