In nightmares we can feel as buried, suffocates or drowned – and without every prehistory which led to it. Maybe we felt presecuted or hunted – often at the end of a normal dream. The easiest nightmares belong to the mysterious dream kinds, and we do not know yet everything about them. These are the dreams which are connected with distinct horror feelings which attack us for which we see, however, no reason and occasion. Often they are accompanied by a feeling of the crushed or Zermalmtwerdens. Such a dream is usually called to ‘nightmares’. The newest theory on the fact says that he has purely physical causes, for example because we can breathe only hard. In the modern dream interpretation there is not the traditional explanation of the nightmare pressure – namely as an expression of a sexual harassment in the dream – any more, already because the nightmares seem to appear most often with children – if it also seems objectively only very seldom. Dreams of this kind never recur at the same night, often also not within mehrer weeks, if generally. Though they are very disagreeable, but there are also no proofs of the fact that they really cause psychological or physical damage. If they recur, however, with adults, a general medical investigation is recommended, and it can be worthwhile to analyse at the same time the other ‘normal’ dreams which one had in this time. It is unlikely that to nightmares dreams have any sense, because they never contain an action. The second kind of nightmares is by far more interesting than the nightmares, and it can be also done a little bit against it, although some mysterious elements are connected with it. The dreams from which we awake with feelings of fear or uneasiness suddenly are in habit to occur always by the end of the night sleep. They contain nobody, to all dreams common element, i.e., we have all our quite personal nightmares which are determined by our psychological state and our special frightened feelings. There is the opinion, these would originate from our most concealed frustrations, repressions or selfconvictions. One of the first explorers of the nightmares, Ernest Jones, ascertained in his book ‘Der Alptraum’, ‘healthy’ would never have which. He believed, they are always an expression and outflow of forcible conflicts between certain subconscious sexual wishes and intensive fear. With men the cause is the not deliberate latent homosexuality or such inclinations with which actual discovery and realisation they themselves would feel loathing about that. Today it is difficult to accept this really as the whole truth. But there are still other explanations which are hardly less simple. Calvin Hall meant in the ‘meaning of the dreams’, nightmares his one punishment of the dreamer for sins against his own conscience. Moreover, one remembers Jung’s theory that the nightmares, particularly those in which a pursuer appears refer to the shade which represents our subconscious, desires suppressed during the day and wishes. One can manage with nightmares of such type relatively well, although it may be difficult for the dreamer alone, – nevertheless, possibly a therapy would be helpful by the coping of the problem. 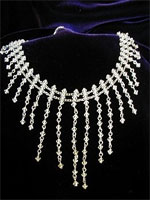