To dream of a meadow, can be called that the dreaming stands on ‘consecrated ground’. Meadow mostly symbolises own living space, above all if it is fenced in, – the meaning arises from what one perceives on the meadow. In general she requests to the relaxation.

Who walks in the dream above a blossoming meadow, to that the life appears at the moment from his bright side. Quite Babylonian dream researchers stated that a person who goes in the dream above a meadow always takes the shortest way to the success. Depending on own associations it can concern a certain manner which the dreaming with nice recollections brings in connections. If he reflects on such, with the meadow linked situation, this can contribute to the purification of an upcoming problem. The state of the meadow is of essential meaning. If a green meadow comes in the dream before this is a positive sign. Growth and progress are symbolised by this picture, indeed, the meadow in the dream is still no symbol for maturity.

At the spiritual level the meadow stands in the dream for joy and growth.

Marshy meadows are only shepherds of use, they mean to all other people Stockung of the shops and lay to pedestrians obstacles in the way because there are no usual ways in them. Mountains, valleys, gulches, mountain gaps and woods mean each to discords, fears and excitement (The called places was valid in general as sombre and uncanny because in them demons and wild forest minds and mountain minds live. In the mountains and woods one shooed away in the Geisterbannung the injurious demons because there her native country is.) and unemployment, slave and criminals tortures and beating, to rich losses because there wood is hacked and is thrown away, besides, always a little bit. Always it is better to cross such areas, to find usual paths in them, to descend on them in the level and to awake from the sleep when one has left them. Of which kind the ways are which one dreams to smash, accordingly he will live his life, – wide, level and in the plain to running ones prophesy big ease in the shops, the smooth, but precipitous ones mean, one will lead his plans only with delay and sullenness to an end, while sloping to all are disadvantageous, excluded to people, which in fear live or on the run are, – they indicate them a quicker escaped. Narrow paths completely mean discords. 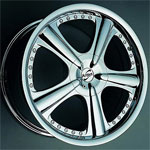