Key words: Communication, – scavenging, – sociably. Description: The magpie is a relatively big bird with remarkable black and white drawing which gleams in the dark areas iridescent greenish, and a long tail. However, they feel as an Abfallverwerter near the person very well, loot also with pleasure the nests of smaller songbirds. Magpies are loudly birds with a cantankerous undertone. Some of them can learn to speak it. Like her bigger relatives, the vulture, the raven and the crow, helps the magpie to maintain the balance in the nature. Magpies form as very sociable animals every now and then big colonies. General meaning: The sociable part of itself, – the aspect of you which is content with him what other people leave behind, – the part of your being which must give lessons in communication or conceive. Association: Thieving behaviour, – nun. Transcendent meaning: The understanding of your borders in your respect with other people.

Magpie is valid as a symbol of the cleverness and cunning, can warn about the fact that one is used and is deceived. Moreover, carried too far striving for material possession is expressed behind it now and again. Of the black and white bird it is more often dreamt than one would like to accept generally. If magpies fly by the dreamscape, the confusion means. One would have to follow her to find the mental reason for it. It could be the fear of an upcoming check or the fear that one could join in to us badly. The thieving magpie possibly points out also to the fact that we should pay attention more to our intellectual property. 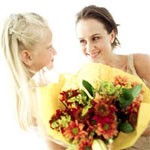