Association: – To cases of a decision, – wisdom or conviction. Question: – Which decision is I to be met ready? Which part of me is clever and points?

What released the feelings of guilt around before a judge to stand, can refer to quite a certain person. In this case a tip should be found in the dream. Who was the judge or public prosecutor? Or just was somebody else in the courtroom which was interested especially in your case? Maybe one has been condemned in his dream of the society all together? This is very likely if the judge was a famous personality (e.g., a known television face).

Judge stands often for internal balance and a sophisticated, maybe carried too far justice sense. In particular cases he promises that one the fair wage (this can be, however, also a punishment) will receive. He lays out our words in the dream quite differently than we have meant them. Therefore, care is offered: One should say nothing mindless in the awake life and not sign a contract already at all whose text together with the small print one has not perused twice slowly and thoroughly. The dreaming must check whether that what he has made has really been according to his true being.

however, court does not hold 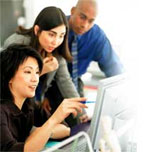