Inheritance nothing deals with financial success, points rather to the mental abilities with whose help we could lighter form our private life. The inheritance assumed in the dream is something which can relieve us emotionally, in the awake life, however, we must carry out only a certain character conversion. She stands in general for a change in the life, – one accepts them, is valid as unfavorable, the refusal against it should announce a favorable turn. Further can be expressed in the inheritance that one takes over from another responsibility, ideas or other mental-spiritual values from which one may not allow to crush himself, however.

is valid for the coming losses and thereby 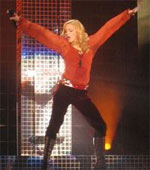