Association: – Work on the healing or well-being. Question: – Which part of me is about to become healthy?

Be ill is only for people of good premeaning who languish in chains or are in a big compulsive situation because illness makes the body floppy. It announces the remaining person big idleness: Suffer are condemned to the idleness, – distant lack of the things of vital importance, – then sick people are without what does mostly need to the body. Travelling prevents it, – sick people can move because only hard. It lets wishes not not come true, – as the doctors grant to a sick person the fulfilment of his wishes, because of the risk which is connected with it. If somebody visits a sick person, namely a friend, it means that just these things come true for the sick person, – it is a stranger, they come true for the dreaming themselves, – then it makes no difference whether one himself is ill or sees a stranger bedridden. One says because that the people even if one does not know them mean so many like effigies of her future relations for the dreaming. I have still made the following experience: All the best or bad of which the soul wants to tell us that it will enter in the immediate present and with full stress she puts in respect on the dreaming even before eyes, – what will arrive, however, only after fairly long time or less with lasting effect, this indicates them the dreaming by a foreign person. If one dreams of putting up with the same sufferings like a friend of having, e.g., on the same foot, in the same hand or in another body part, or generally the same illness or the same pains, one will do wrong the same misdemeanours like that. The physical illnesses and single ailments resemble because the Zügellosigkeiten and unreasonable passions of the soul, and who has the same sufferings, commits quite of course the same misdemeanours. I know somebody who was lame on the right foot and to which it dreamt, his house slave would be paralyzed on the same foot and just limps as he. He caught him at his lovers for whom he himself was on fire. And it was this what prophesied the dream face to him that his slave has the same weakness like he himself.

Illness can appear body-partly if one has really fallen ill, or sometimes also predict a real illness. Nevertheless, the internal contradictions from which one suffers often appear in it. In the dream painful recollections, rage, difficulties and feelings can come as an illness to the surface. Illness means that the dreaming is not able to get in touch with a strength which helps him to overcome these difficulties. The dream offers often also a method with which such difficulties can be mastered. Drugs or an operation give suitable instructions. Illnesses can point in the dream to the protective need and auxiliary need – or to the fear of the death. However, mostly the vision of the illness is a symbol for lacking assurance or feelings of guilt. She always points to a lack in the soul life. Who has it in the heart, maybe suffers in the feeling area, – who complains about ocular pains, a certain person should see in the awake life maybe once in a different light. Stomach discomfort or intestinal discomfort points to something which must be digested first of all, before one can bring it in the pure one. Maybe the tip to that person who is felt in such a life phase as ‘saving’, or at least as helpful also arises from the appearance of a doctor or a nurse. It is anyway a dream whose contents should be reflected. The sick person in the dream is always the dreamer himself whom maybe lost his mental balance or in the feeling area with problems has to fight. Who visits sick people in the dream, takes care in the awake life of contacts which are able to him from a psychic low-pressure area heraushelfen. Who maintains sick people, that is already almost released from this low-pressure area.

In the dream missing spiritual clarity can be experienced as an illness.

in the suitable area of our body

an unforeseen event them will overthrow 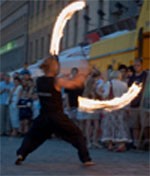