A (religious) symbol for inaccessible perfection. If this picture carries own features, the dreaming keeps for by far more perfect and more very well than he is – he means ‘about all to stand’. 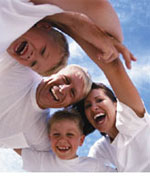