A gun has an evident male and sexual meaning in the dream. If a woman shoots in the dream with a gun, she is maskulinen, aggressive side of her personality consciously. It is shot at a woman, she feels by sign, aggression or sexuality threatened. Gun is interpreted in general like weapon. She can point above all to dangers or warn about überschießendem rage.

The gun in the dream deals something with the ability of getting through of the dreaming and in general with aggressively maintained power. The weapon can serve the self protection and the self-assertion. To what extent other people are thereby affected, the dreaming must exactly examine. With Freud male sexual symbol, also sign of sexual tensions and spannings (the gun is stretched, as everybody knows). If one aims, for example, in the dream at somebody without shooting, concludes by a failure in the love or in another area of life.

At the spiritual level the gun in the dream symbolises the male principle. 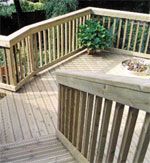