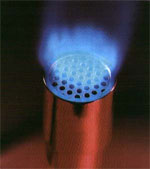 Gas can have the same meaning like air and wind, but as a rule it is felt as a little more dangerously, because it can explode. The gas which seems in a dream, for example, as a leaking place in the gas line, indicates that it is difficult for the dreaming to control his thoughts and feelings and to lose the fear of them. Gas often points to negative thoughts, expectations and settings which have appeared indiscernibly and influence unfavorably if one ‘converts’ them not on time. Also the tip to a deception by others can appear in it.

Symbol for an invisible danger or for the circumstances to which one is put out without knowing them. As an aid or tools gas has the same meaning like the breath.

The mind as an unformed unity can be symbolised by gas. The dreaming should make himself deliberate that the mind has the qualities, in his life and again from him hinauszuströmen. 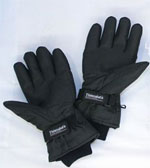