Bushy, shining eyebrows are for each, particularly for women luck-bringing, – then these normally colour of the beauty because of the eyebrows with black tincture. Hence, they indicate pleasure and good shops. Bald eyebrows against it forecast not only shutdown of the shops and displeasure, but also a forthcoming bereavement, – then it is an old custom to pull out the eyebrows to themselves with a bereavement. 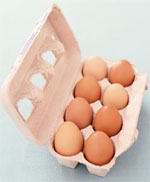