Association: – sudden, forcible change. Question: – What is ready to burst out?

It is often a danger sign, indicates that something is not right in our central nervous system. In the dream the explosion expels as bomb and dynamite as a rule to high internal tension, irritability, restlessness and nervousness, as well as to sudden violent escaping of energy or to a psychic breakdown or on a violent quarrel. If a violent explosion of the rage, the fear or sexual relaxation is felt rather like a thunderstorm, this has the meaning that the discussion looks settling. The explosion can refer to the private, as well as to the professional area of the dreaming. Further details can be seen from the whole dream action. A dream can be a protected space in which such a catharsis occurs safely. One should pay attention to what explodes in the dream to be able to read from it a possible menace of our psychic and physical well-being. Noise sensations from the outside, they an immediate one awake cause, are sometimes integrated into the vision itself, hence, can be interpreted only in connection with other symbols.

An explosion in the dream refers at the spiritual level in a kind of revelation. 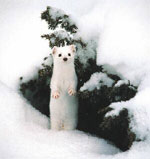