Association: – Vibration of the soul, – change at deeper levels. Question: – Which part by me is roused?

Earthquakes belong to the stupefying old experiences of the humanity. The earth is strongly shaken by the earthquake. In the dream the earthquake means that the soul was strongly shaken and often shows the impression of the dreaming which is his world in turmoil. The dream can reveal fears of instability or the worry that the life foundation of the dreaming is in danger. It draws the attention to the internal insecurity with which the dreaming must deal, before she overpowers him. Also serious internal changes and determining growth processes which can be a strong vibration take place. If the quake dies down in the course of the dream or calms down completely, this is called that the dreaming takes care of self-control. If it comes in the dream to dead people or injured persons, are this sign for serious mental conflicts or feelings of guilt of the dreaming. Mostly the earthquake appears in the dream as a warning to the dreaming before the self-destructive effect from edged out propelling energy. Old ideals, settings and relations break down and require from the dreaming suitable attention and conversion. Fear which our unconscious plays in our consciousness. Here it is warned about sudden changes which are able to do our life rhythm to mess whirls. After a dream earthquake one should count on own ability and be based as it were stone by stone anew, try maybe even a new beginning. The earthquake only on to ourselves sometimes does not point out quite understandable change in our portrayal of character which it is a matter to straighten. Dreams of earth tremors can also predict the arrival of a positive change whose result can be extremely worthwhile if one acts with firmness. The appearance of beloved people in such a dream indicates that these can maybe live through a crisis and need your help. One considers how one felt, after one woke of this dream. If one was frightened, this dream can refer to a constant worry. If own home shakes, the dream can indicate fears of instability in practical interests or of relations. Some analysts believe that the hearing of the pushes of an earthquake as well as the seeing of his effects means that somebody could try nearby to be deceptive to one. One on a falling building indicates that one feels the weight of his responsibility.

At this level an earthquake in the dream shows considerable spiritual insecurity.

If The earth gets in movement, the shops and the living conditions of the dreaming will also get in movement, – fissures, however, earthquakes and collapses bring damage to all people and destroy them or her Having and property. All these phenomena are according to experience only to people who want to go on travelling, and debtors luck-bringing and favourably, – then what resolves and collapses, is not able to hold on the dreaming any more to the former place, – hence, it releases from debts and chains. Thus one dreamt, his father’s town sinks by an earthquake in remains, – his father was sentenced to death and perished in such a way, because the home towns mean it also the parents. 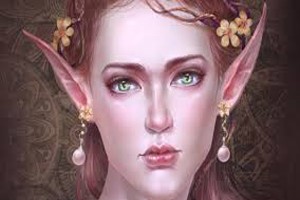