Association: – Work on the removal of old person. Question: – Which part of my life is not suitable any more?

Demolition often contains an end of the usual and chance for a fresh start at the same time, – one knows this meaning also in the colloquial language if one says of somebody that he has broken off his tents or all bridges to start with something new. In the dream the demolition of a house often seems which stands for the ‘life building’, – it is interpreted as a (mostly) favorable change in the life which can overcome all present problems and worries, often means this one better professional position. However, the demolition of a house can see to point also to fear that own personality or her good call angekratzt could become. If one himself takes part in it, one tries to remove a mental disturbance. The demolition of a ramshackle house means overcoming a psychically conditioned illness from own strength. However, one must check carefully whether in the symbol of the demolition not only a danger is expressed which can destroy the life building, – this arises from the other accompanying circumstances of the dream and the quite real life situation. With other together something break off meant, one wants to bring rotten or a bad respect behind himself to come to too new, better relations. If one dreams, e.g., the way by a dilapidated condemned house, the question positions itself: Which hopeless respect (fruitless strain, pointless habit etc.) does my attitude to life block? It is a matter of recognising that there is to save here ‘nothing more’. If one dreams repeatedly the demolition of rooms which have meant the ‘home’ in the childhood, one feels (maybe unadmitted) by parents / Member controlled and manipulated. One longs for breaking the too narrowly become contact. What is broken off always also in the dream or is torn off: It is a symbol for constriction – to all what one experiences even as restraining obligation.

fear which other with word and action to the destruction of plans, hopes or call contribute, 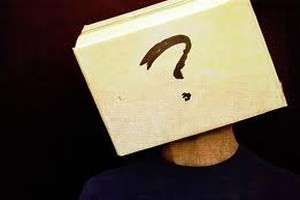