Key words: Emotionally, – gracefully, – to itself quickly motively, – intuitively, – smartly, – inventive, – krativ, – communicatively, – moon of the maize sowing. Description: The deer or more exactly: the Trughirsch, in the medicine wheel the animal totem for in the moon of the maize sowing (from the 21st of May to the 20th of June) to Born, is a living being which manages rather well in the civilised world, because he can well adapt himself to the changed surroundings created by the people. Deer are considerate, graceful, fast in the movement and are watchful. In addition, they are also clever, inventive and creative. Except in the mating season they live in mixed-sexual herds. Male animals have antlers which they push off every year and form anew. General meaning: Your creativity investigate, – get into contact with your adaptability, – growing delicacy for the change, – determining changes in your life, – lessons about your intuition. Association: Tubes like a deer – unmotivated starting screaming. Transcendent meaning: A taking of remedial ability or intuitive knowledge. Wolf clan apprenticeship: Hearing, – clan animal of the May. Huichol apprenticeship: Man of the dreams, – cultural hero, – mediator between the person and the gods, – higher Even of the dreaming. If you see a deer in the dream, you try to learn something, or a mind being would like to teach you something.

The deer means the tax oars on a ship (It was steered through one or two wide oars at the side right in the rear which owned a horizontal clutch to the lighter service.) and his speed, on the firm country to that who is on the way and on trip, on the one hand a smooth, on the other hand, a difficult progress. The appropriate arises from the respective state of the deer. Further he registers that runaways and people, are accused judicially, and others which want to give up a conjugal community will be cowardly and chicken-hearted on the one hand wisely, on the other hand. Follows: Everything grows what slowly and slowly matures, the luck as well as the misfortune causes more slowly.

deer or other horned game put out to pasture 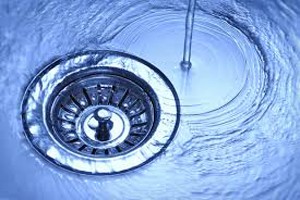