A cord can mean strength and strength, however, the strength can turn against the dreaming. A pulley is a tip to the fact that the gravitation helps him. If the cord exists of an unusual material, as for example from hair or material, a special need which requires the qualities of this material is given. Cord can embody relations with others by which one feels restricted. Sometimes he also asks to combine the forces and abilities and to concentrate upon an important aim.

If the dreaming is tied in his dream with a cord, an external power stops him from expressing itself. If he is tied with a cord in an object, this is called that he must look at the respect between himself and that in which he is tied up. He should argue with the borders of this respect.

At the spiritual level a cord in the dream can symbolise security and also freedom. As a loop he must be associated with desperation and possibly with the death. As a symbol of the entanglement and the slavery it is an attribute of the devil. 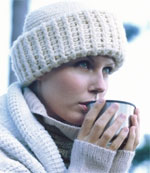