Association: – Identity, – self-image, – try out of new roles or filing the old roles. Question: – Which part of myself do I show?

In this connection only that is of C. G. Jung stamped concept of the ‘Persona’ explains. Jung means with it the personality of a person, this, mostly unconsciously, towards his person hervorkehrt. This personality corresponds not necessarily of his real ones. The clothes, her colours and her state admit in the dream a huge number of meanings which are relatively simply to be understood, however, if the dreaming compares them to his real situation. Clothes are, in a way, a protection from touches. Clothes can cover and reveal. Beside the nakedness she covers often also the weaknesses of a person and camouflages his sexuality. If the dreaming reveals certain parts of his dreams, he sees where he is vulnerable. It is understood as an expression of own personality in terms of selfrepresentation. The clothes which the dreaming carries in his dream often show the external facade which he creates for other people. Every person is able, certain roles seems to play and in them hineinzuschlüpfen, if to require it a meeting. In particular cases this can be connected with intentions to deceive, because the clothes can also varnish and hide. The clothes which other people carry in our dream can form the scene for the Ausagieren of confrontations. Beside this general meaning the following statements often appear in the single clothes:

? The aspect is important that one may make himself filthy with the working clothes. If one does something, one also mostly dirties himself. But one can protect himself from this dirt.

desires, passions and attempts which do not limit themselves to the sexual area symbolise

? Where and how you fear to come too briefly?

the bases of the behaviour make clear

? Socks with holes indicate an insecurity in the ground which appears, among the rest, in a disorganised everyday life. They can also refer to poverty. – As ‘hop’ with the headwords or ‘jump’ the question positions itself here: Are you ‘from the socks’? Also follow: Achilles’ heel, jump strength, state firmness…

The state of the garment has a certain meaning for itself:

the dreaming his image tries to change

? In the psychological sense above all the colours of the clothes express which ‘message’ to the surroundings should be signalled. Accordingly dreams of (coloured) clothes are a clear tip to the qualities or intentions of the bearer.

At this level clothes stand for spiritual protection.

[each] honour and respect, excluded the coloured pieces and the imperial magenta.

red garments deceive on his behest

the emperor a fox or, otherwise, a fur draws

a my husband a fox draws 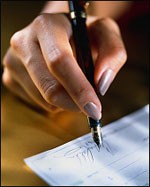