Association: – strive for higher, – laborious growth, – achievement. Question: – What try I to reach?

Climbing dreams have many meanings. Climbing is often associated with fight and the final success if the summit is reached. Particularly climbing a mountain can be seen as an escape from the reality how to escape wish of the dreaming, to the present life all or part. In general it requests to the rise by new knowledge and examination which is connected, however, with some efforts, – this can also refer to the professional area. The degree of the difficulty with which the dreaming climbed can reflect the progress in the awake life and show how he concerns the everyday difficulties. They can be the other symbols for the present prosperity, own achievements and the feeling of the personal fulfilment. The view of the dreaming of the point – and what he on the way saw – if light on the dilemma of the awake life could throw. If the view was darkened a little bit, the results can have for the access to personal problems. The dream symbol can also indicate that the dreaming maybe avoids difficulties, or tries to get away from something. It also has something adventurous in itself, – one wants to come under efforts to the luring aim, and this often goes off not without scratch. By the climbing one can never feel quite sure – because there is maybe not enough the necessary self-assurance in the awake life. One also considers how one felt by the climbing. Wanted one to reach the summit fast, or quietly, because one knew, one would come, finally? The feelings can express as one feels general making headway in the awake life. Climbing without achieving the aim shows the fear of the failure while doing a certain job or while finishing a plan.

At the spiritual level climbing in the dream means rise, – the dreaming climbs to attain the enlightenment. 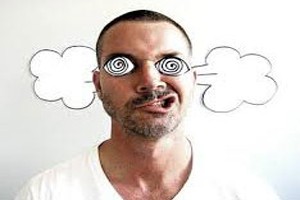