Association: – higher consciousness, – redemption. Question: – Which part of me is near God?

Dreams with religious meaning appear in our time in which the faith steps more and more in the background, relatively often – mostly with the people who are in the second life half. Then the dream wants to point out to the fact that the dreaming should argue with the question after the sense of the life. One can interpret such dreams, however, also often as a loss of the internal balance. With religious people he can symbolise the relation to the faith, – then can become clear religious firmness as well as doubt, this depends on the accompanying circumstances. However, mostly he embodies own personality with all her possibilities, the ideal of the self-spiritual-emotionally being realised person who strives for more and more perfection. In this case the symbol often contains the request to take care of better self-knowledge to mature personally and to develop, – on this way Christ can also become the teacher and counsellor. Sometimes he is understood as a request not to lose the faith in himself and to trust in God or a favorable talent. 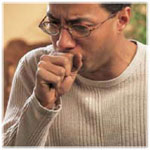