Association: – Ship of the desert, – perseverance. Question: – Which emotional resources do I carry in myself?

A camel in the dream shows as a rule the unusual or weird. It also represents accessible resources and obedience compared with a basic principle. Also in the unconscious it is a load bearer. It depends only on who carries the load: The camel (translates: one of our people) or we ourselves and the loads of psychic or physical nature can be. If one sees himself on a camel sitting, one can expect help and transfer a part of his duties to others. If one rides on a camel, one can calculate on the fact that one is shaken thoroughly on his life trip hard and reaches only without any hurry to the aim. The camel in the dream stands for staying power, modesty and selffrugality, qualities which the dreaming either already owns or must still attain. Because it can undertake long time regardless of privations, it stands in the dream as a symbol for the undemandingness and patience of the dreaming. The dreaming probably tries to master his long hard hauls with humility and patience. The camel can be knew in this connection also as a warning how to arise not too modest in his destiny, but how to develop more initiative.

At the spiritual level the camel is a symbol for dignity, bearer of the majestic, the sobriety and moderation in the dream.

he will go through

the enemy so much Having and property will drag off

in the life still

(See also caravan,’ desert’) Kamelaukion (The word kamelaukion appears in the Byzantine springs in different meaning. With Achmet it calls a cap or a hat. Imperial kamelaukion was a semi-circular, clinging cap which was taken with jewels wastefully, – some of them were let in the crown, others hung up to the nape down. kamelaukion is of Persian origin.)

his head or superior to him becomes

he will bring Seeming it him which would be worked Kamelaukion from coats the wealth of his enemies of himself because animal coats point to prey which one has taken from enemies. 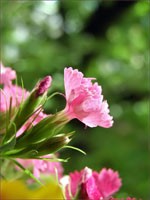