Now a part of the psyche, denied up to now, high penetrates into the consciousness and must attract attention. They crowd in our soul peace, want to destroy the order and possession seize from that what is dear to us and expensive. If a burglar enters the stage of the dream, the dreaming experiences the injury of his privacy. The burglary in our house sometimes is even the impulsive thought which reflects on Abwege. Then the need for sexual adventures is expressed behind it because one suppresses the sexuality too strongly. Trigger of this access can be an external spring or, however, getting out of control internal fears and difficult feelings. Burglar stands also for excessive mistrust, while one sees acquisitiveness and deception in his sphere and inclines to search the guilt for conflicts always first with the other. A typical dream of the people who are afraid constantly – also absolutely for no reason – of material losses and negative surprises. Burglary stands often for a danger which one himself has not noted, but probably can still turn away. Partially feelings of guilt and shame appear in the burglary because of putative or actual failure which one edged out, – above all when one himself is caught in case of a burglary. However, with women the fear of the sexuality can be also connected with the dream of the burglar. Is she herself the burglar the dreamer should ask herself once openly and honestly what she wants to steal out in the life? A little adventure or a few hours of rest, dispersion maybe? She expresses the need with the dream to appropriate something secretly what is not apparently possible in open way.

At the spiritual level it concerns a forcible penetration of psychic or physical kind. 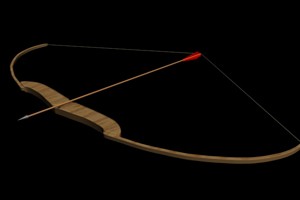