Key words: Spirituality, – satisfaction, – relaxation, – transcendency, – joined being, – father the sun, – the west, – moon of the returning frogs, – enlightenment, – inside show. Description: Blue is a colour which is associated with a whole series of positions in the medicine wheel. Father the sun is associated with Sky-blue, – the butterfly’s clan or aerial clan combines with translucent white and blue, – blue and black belong to the west and to Mudjekeewis, the western guardian of the mind, – the moon of the returning frogs (from the 20th of April to the 20th of May) is also connected with blue, – the quality of the enlightenment and the internal position of the eastern soul path is associated with fluorescent blue, – the quality of the inside show and the middle position of the western soul path stand with Royal blue in connection. As well as green blue is also one of the priority colours on the earth what one on photos, from the space were made can well recognise. Blue is the colour of the waters on the earth and also the sky which we see on a clear day about ourselves. Blue is the colour which reminds us to look heavenward. Some people believe that blue is the colour of the most basic energy which there is on this planet. Others think that the colour Blue must be associated soonest with real spirituality, with your true connection with your creator. General meaning: Spirituality, – connection with the sky, – connection with the water, – real purpose, – deep feelings. Association: Be depressed, – have blues, – is tired, blue, – be got drunk blue. Transcendent meaning: The understanding of that what is the holiest to you, – the deepest part of your spirituality.

Blue is valid in the dream as a colour of the width, distance and infinity. If it concerns the colour of the water, the blue is a symbol for the subconsciousness or the female side of the nature. It is the colour of the truth, the mental relaxed mood, the spiritual superiority. Dreams in blue are to be valued positively. Blue other rest, ideals, religious and other feelings symbolises, – sensitive, in themselves often dream secluded people. A very dark blue is the sign for rest and depth as well as for the night and under circumstances also for the death. One can understand the symbol mostly only from the connection in which it stands with the other dream symbols, for example:

However, there are still many other meanings of the blue colour which reveal themselves, nevertheless, only quite individually. 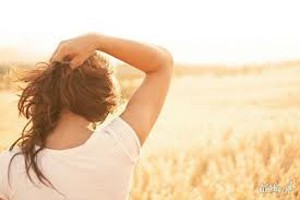