If the person changes his life, a new setting won, new abilities has learnt or has begun a new plan and also if to him becomes clear that old person dies, then he dreams by a birth. Birth stands for a fresh start. The symbol is understood mostly positively, promises the realisation of sighting. In particular cases the symbol can also point specifically to own birth which showed not seldom a mental trauma which left fears and other psychic disturbances, – then often one becomes the natal trauma which was edged out in the unconscious, within the scope of a psychotherapy must process afterwards. The birth is a new beginning, where to pull opportunity, ends from his present life the dreaming once again, receives.

Birth in the dream shows the beginning of a new creative life phase which promises to the dreaming enrichment and personal making headway. Even if the natal process runs off in the dream very really and it concerns the dream of a young woman, a confidential wish should come true, however, this must be by no means the wish for a child, but rather probably the longing to open new possibilities for himself. The man even a child gets, a catching fire idea can soon probably realise or hope for new possibilities in the occupation. One can find out further details from the kind of the birth and from the whole dream action.

At this level birth stands in the dream on spiritual awakening.

All dream experiences which mean the birth of children or a marriage lead back the out of the country located children as well as the divorced wife. If a pregnant woman dreams, them bear a fish, the child to whom she gives birth will be dumb after the interpretation of the old people, however, after my experience live only short time. Many also bore dead children, – then every fish perishes if he leaves the element rescuing him. A woman who was laid low ill dreamt, she goes pregnant, already has labour pains and is shortly before the delivery, – there she touches a woman who would be probably found out according to her opinion in these things, and says: ‘Now you will give birth to no child, probably, however, after seven months a wonderful little boy.’ She fell critically ill, – hence, nobody more thought that she got away and completely recovers again, even if she should be better. How was to be expected, she died after seven days, – then she should rid herself of the burden and of the labour pains after seven months. However, the nice little boy was the death which was more worthwhile because of his sweet peace than the life with his sufferings and griefs. It dreamt somebody, he is born by his mother the second spot. When he had returned from the stranger in the native country, he found his mother on the sickbed and was heir to them. And it was this what wanted to indicate the face by the second birth that he reaches by the mother from poverty to wealth, – then he lived in big need and poverty. A pregnant woman dreamt of having born a goose. This face is to be laid out there that the newborn child will stay alive if it concerns the woman of a priest, – then the geese whom one holds in temples are holy, – it is not the woman of a priest, the child if it is a girl will stay alive, however, because of the extraordinary beauty of the geese lead the life of a Hetäre, – it is a boy, he will not survive because geese are equipped with swimming skins, people, however, feet have which are split in toes. What is foreign to type, however, or foreign, is unfavorable for the raising of children. 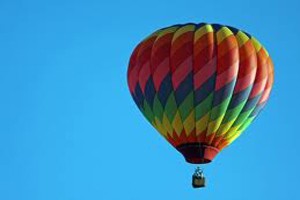