Association: – sexual topic, – wisdom. Question: – What would like I to give up, or what do I fear to lose?

If acts a dream of a person who has a bald head, this means that some degree is made to the dreaming in dull sense in his life deliberate. One interprets bald head sometimes as the power symbol which can point with men to sexual problems. However, often she stands for cleverness and seriousness in the thinking and action.

A symbol for the ageing process and the reductions of the vitality. Who dreams of losing suddenly his hair, must manage in this period with topical loss fear. Not seldom fall out to a really increasingly hair if one stands just under the shock of an emotional or material loss. As soon as the worst is got over, the ‘processes return to normal in the head’ at the same time with those ‘on the head’ – if one can think again clearly, starts to dissociate itself from the experienced loss and has ‘the head again freely’ for new, the loss of hair also stops, and new hair grows again noticeably. Bald head dreams are also to be understood as a signal of the subconsciousness that it would be better to let go voluntarily a little bit (or somebody), before one is forced by foreign decisions in addition. If the dreaming even in his dream has a bald head, either the loss of his intellectual strength is indicated with it or vice versa his intelligence. Hair is secondary gender signs. This fact known since millenniums arranged Artemidoros to the opinion, one sees in the dream a bald head, would mean this the power loss in the awake life. Today the vision of the bald head points rather to a harsh disappointment in the interpersonal relations or to the fear, one can lose some dear-become.

At this level a bald head in the dream means the knowledge that spirituality and humility hand go to hand.

will be the more seriously 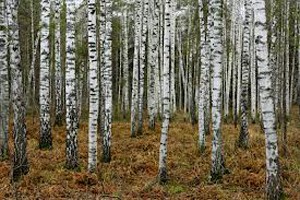